On May 17th, 2018, councillors on North Norfolk District Council’s development committee passed Victory Housing’s application for the development on the central Millennium Field by eight votes to four.

The application was passed with the conditions that Victory uses more flint, rather than red brick, so the homes are more in keeping with the village, and that a boundary hedge and memorial trees planted in memory of loved ones about 20 years ago are kept on the site.

The land was sold by North Norfolk District Council to Victory Housing Trust.

Victory have contracted Wellington Construction to build the site. 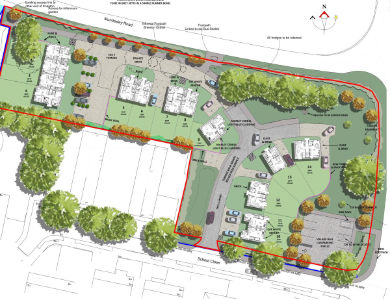 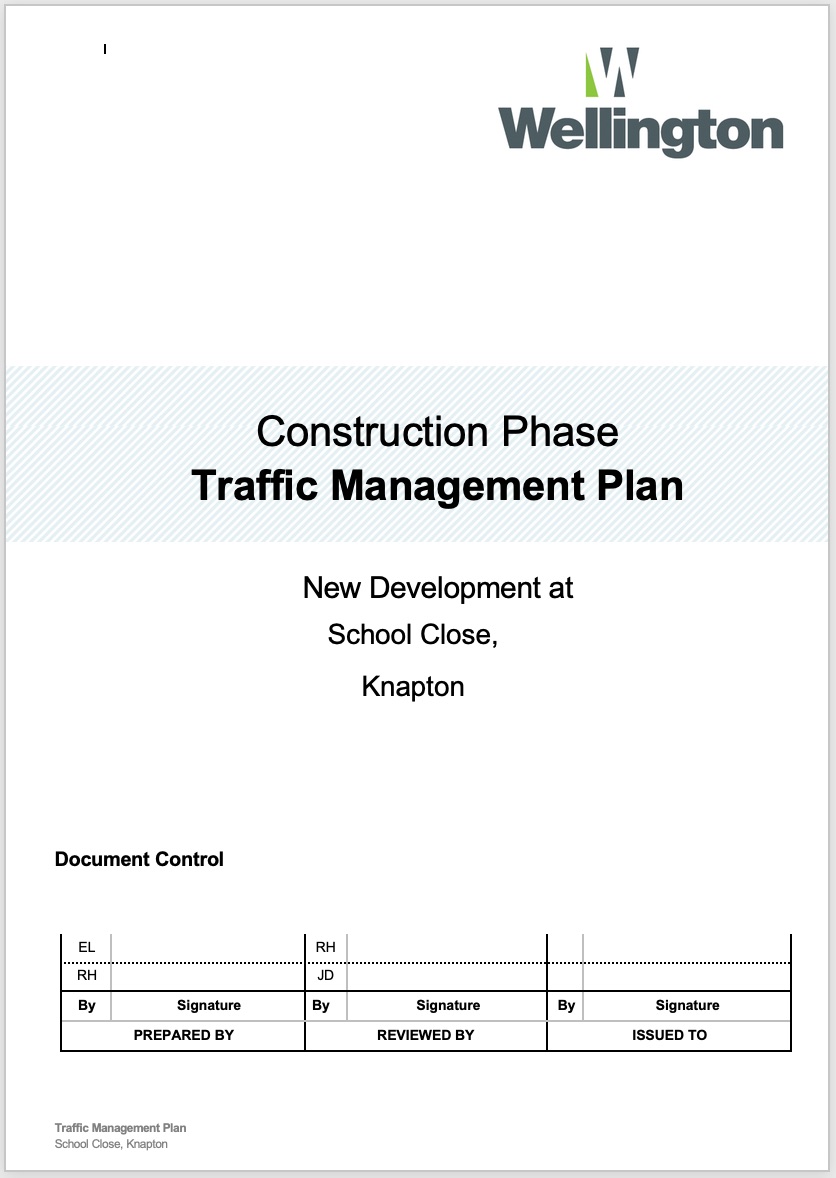 The plans are not in keeping with the council’s highways and affordable housing development guidelines.   Residents and some councillors said fire engines and ambulances would have trouble accessing the site and the Highways Authority objected to the plans, although Norfolk Fire and Rescue did not.

Assurances were given that School Lane would not be used as the site entrance for heavy delivery lorries, artics etc. given the already difficult access issues.   An entrance to the site was then gated and used on the Knapton Road which caused serious traffic concerns on what is a much busier road.   Representation’s were made by a local resident and the entrance was closed, effectively bringing the site to a standstill.

Council members met with Bob Dowler, the site manager and then Paul Pitcher, the MD of Wellington, on site to discuss the impasse.   Mr Pitcher put forward a revised Traffic Management Plan which took into account all the issues raised by our concerned residents and the Parish Council called a Public Meeting so that local residents could view it and discuss it directly with Mr Pitcher.

Mr Pitcher’s professional and sympathetic approach at the meeting left our residents feeling positive and confident in the suggested changes and acceptance of the plan was approved by the Parish Council.   The site is now open and the full effects of that revised plan are now in effect.

As part of the pre-build process, Victory Housing commissioned Suffolk Archaeology to carry out a risk assessment for an archaeological dig to ensure that they weren’t desecrating a site of historical significance.   We have provided their Risk Assessment & Method Statement (RAMS) for Archaeological Evaluation, produced in April 2018, for you to download.

Their final report, published on the NNDC planning portal, covered an initial dig of seven trenches in May and June 2018 and uncovered archaeological features on site thought to be potentially significant, including a late Saxon to high medieval settlement.

The site lies within an area of archaeological and historical interest and has the potential to reveal evidence of a range of periods. Prehistoric activity includes flint scatters recovered during metal detectorist surveys and crop-marks identified from aerial photography.

And the report’s conclusion stated:

Archaeological remains across the eastern half of the site, within the area of trenches two to six define a truncated late Saxon and early medieval settlement phase with evidence of pits, postholes and ditches.

A spokeswoman from Flagship Group, which owns Victory Housing, said that the first dig informed the scoping report by Suffolk Archaeology which was approved by Norfolk County Council and highlighted the areas of interest for the full, second dig.
These works were undertaken by Archaeological Solutions, and were completed in mid-March. 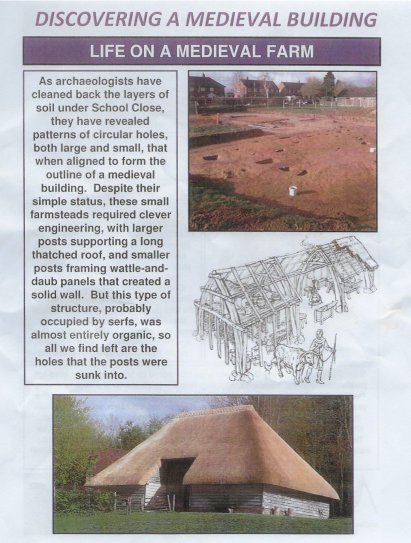 On 3rd of June 2019 the Parish Council was approached by the Street Naming and Numbering Team at North Norfolk District Council regarding their case number:  SNN case NP/19/0135 – School Close, Knapton, asking for suggestions for the name of the new road on the Millennium development.

The council asked residents for their thoughts and a resident in School Close suggested Wilds Way, after a long term resident, Henry Wild, as shown below.

Dear Sir/Madam,
I would like to put my suggestion forward to the proposed road name to the new development of School Close, Knapton.
Being a local man myself, I would like to see it named Wilds Way, this is after Henry Wild who was a Knapton resident all his life. He was born, lived all his life and died in the same cottage next to the village hall and with this in mind would have looked across that field for 93 years were the construction is currently being carried out.
I feel it would be a fitting tribute to his memory as he done a lot for this parish of Knapton.
Kind Regards
Wayne Myhill

The Parish Council agreed with Mr & Mrs Myhill’s suggestion and advised the Street Naming and Numbering Team that this was their preferred choice.   As a result, this name was formerly adopted by NNDC and the property addresses confirmed on 31st July 2019 as being 1-17 Wilds Way.

Construction has been swift as Victory strive for completion by Summer 2020.
The building of 14 new homes has been generally well managed by Victory, who have shown a willingness to consult with the Parish Council to resolve any issues and concerns and have made great efforts to maintain a positive relationship with the residents of School Close.