Trimingham railway station opened on 3rd August 1906.   Situated between Cromer Beach and North Walsham it was of a similar design to Overstrand, with access to the two platforms provided by wooden steps from a gateway on a nearby road overbridge. 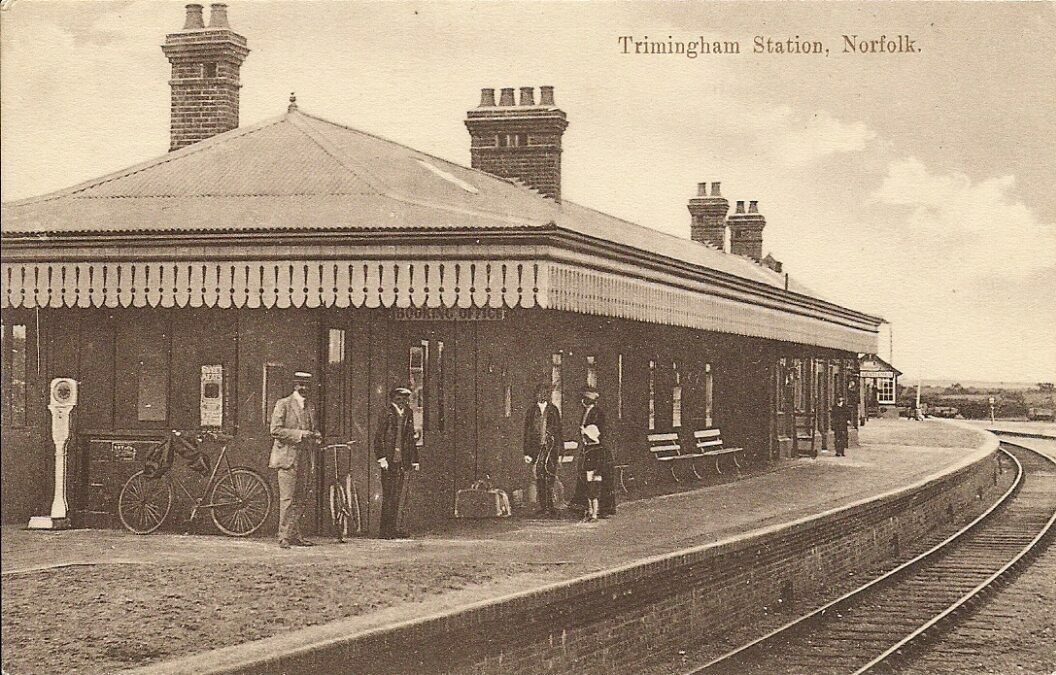 Perhaps because of the beautiful views of the Norfolk coastline, Trimingham station was selected to host an LNER Camping Coach in 1938 and 1939.

Sadly, the station was forced to close when this section of the line was closed to passengers on 7 April 1953.

Trimingham station | 1958
five years after it was closed 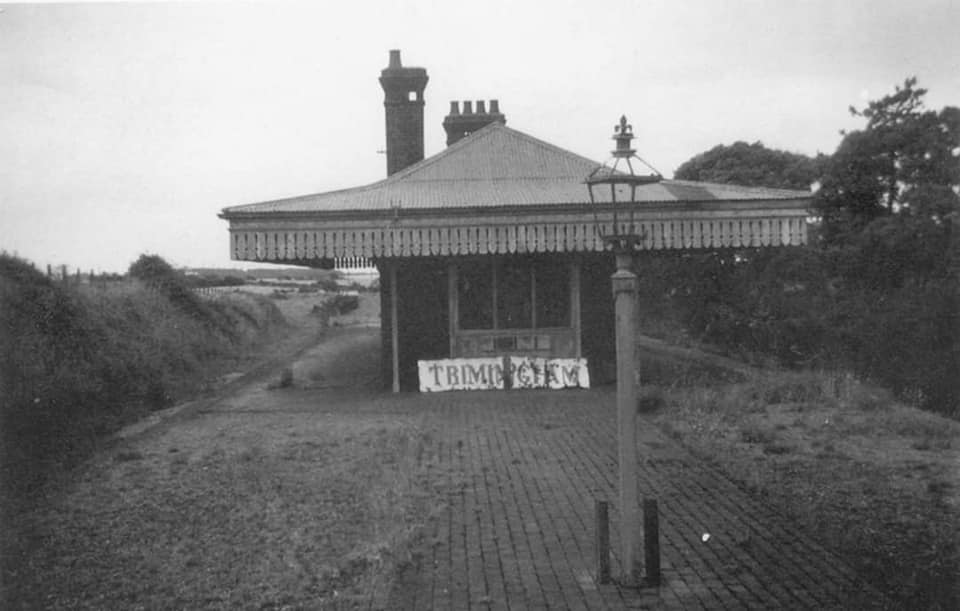 Although the station site has since been redeveloped, the bridge and the closed station access remain.

Section south of Trimingham village formerly in a cutting is now completely filled in and used for agriculture.
Triple arched black brick bridges are buried up to their soffits.

The site of Trimingham station | 1976

At the end of a public footpath is Sidestrand Halt railway station which opened on 22nd May 1936.   Similar to Cromer Links Halt, the station consisted of a simple wooden platform capable of accommodating just one coach.

It didn’t have any ticket-issuing facilities so tickets had to be purchased on the trains. 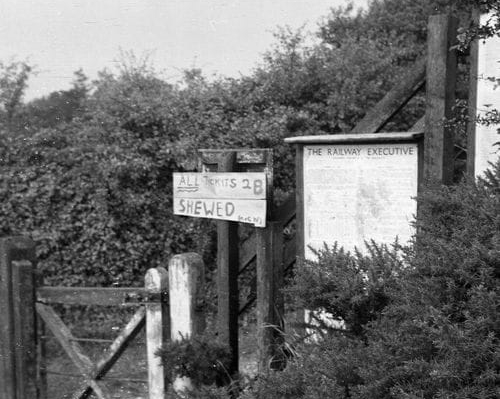 The halt had been opened, perhaps belatedly, in an attempt to increase revenues on the line by further exploiting the tourist potential of “Poppyland” but in the event it only lasted seventeen years and the station closed along with the rest of the section of line between Cromer and Mundesley on 7th April 1953. 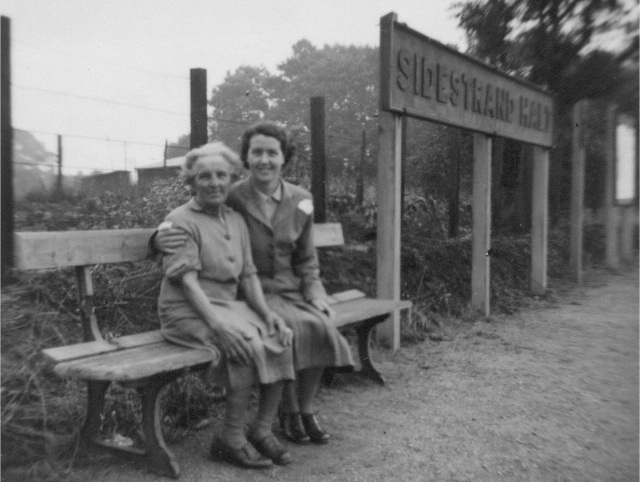 Sidestrand Halt
Two ladies waiting for the next train 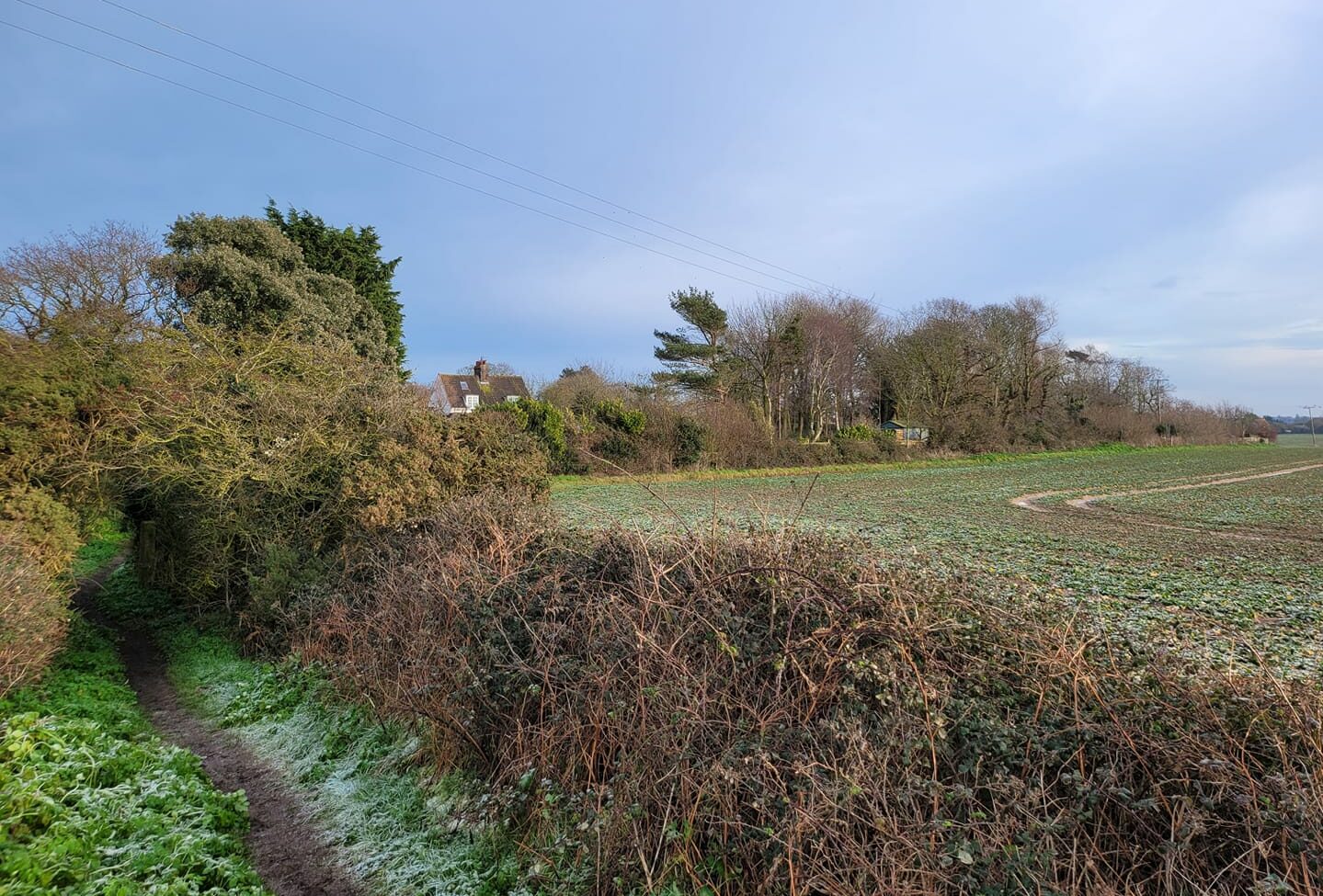 The site of Sidestrand Halt
as it looks today. 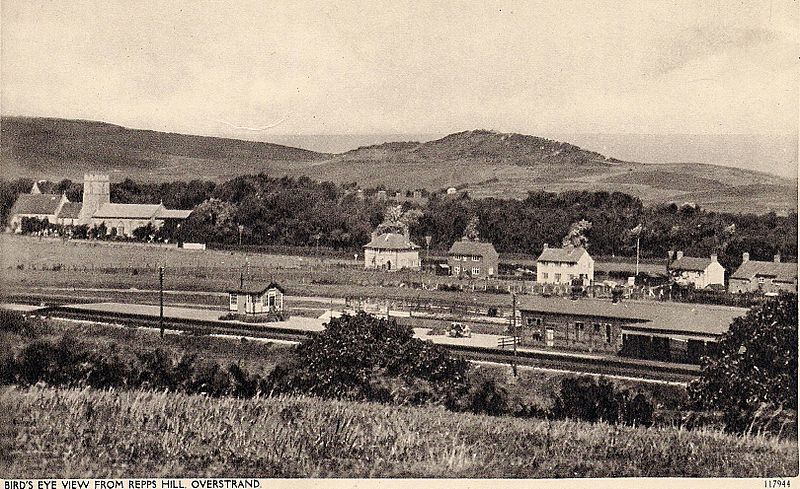 It was an instant success with holidaymakers who ensured that it was always busy in the summer months.   Perhaps that’s why the station played host to an LNER Camping Coach in 1938 and 1939, and to two BR Eastern Region Camping Coaches in 1952.

When London journalist and travel writer Clement Scott visited Overstrand and stayed at the Mill House with miller Alfred Jermy and his daughter Louie, he became so enamoured with the area that he christened it ‘’Poppyland’’ and wrote about “the Maid of the Mill” in his articles for the Daily Telegraph which were published in 1883, 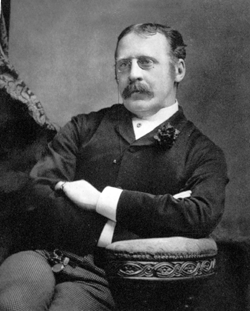 Clement Scott, from a copy of the
Theatre magazine, aged about 40

Scott had many London contacts in the theatrical world and his writings led a number of them and others from London society to come to Overstrand.   Some bought land in the village and had houses built there and for a while the village was the place to visit.   So much so that in the latter part of the 19th century Overstrand was catapulted into prominence, and became known as “the village of millionaires”.

The station and line was closed on 7th April 1953 to passengers, after flood damage finally caused the line between Mundesley – Cromer to close. 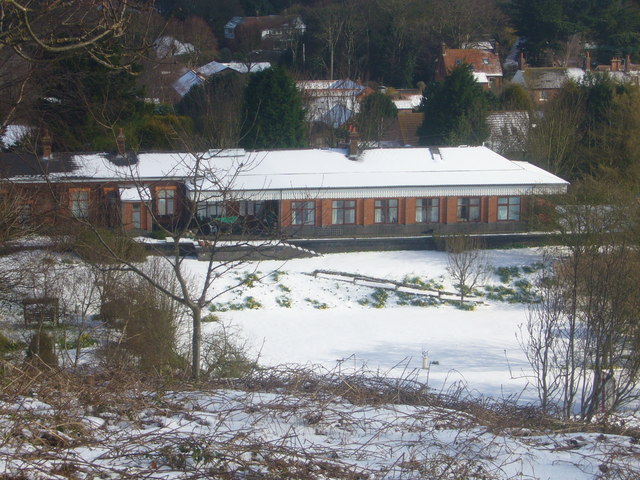 Today, the station building and the underpass remain apparently intact (seen only from distance, now in private ownership) including the glass roof of the subway that descends from the former platforms down to the road below. 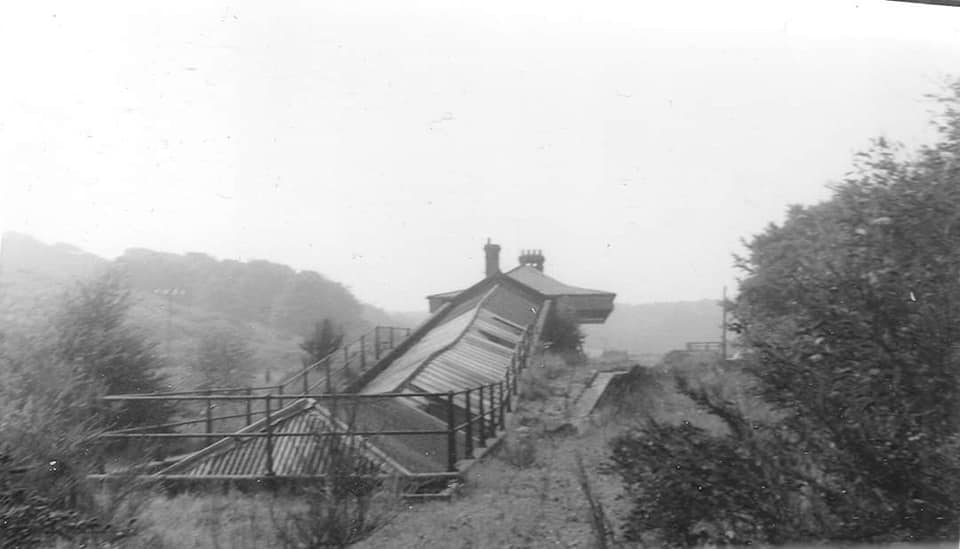 Although a section of the embankment towards Cromer was removed to make way for a housing development.

created and produced by