Lady Dannatt MBE’s tribute to HRH The Duke of Edinburgh

Lady Dannatt MBE, Lord-Lieutenant of Norfolk has written a moving tribute for His Royal Highness, Prince Philip, The Duke of Edinburgh, following his death on 9th April 2021.

We have put the full text below for you to read, alternatively you can click the link on the right to download it. 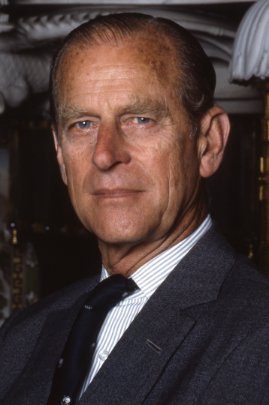 Lady Dannatt MBE's tribute to HRH The Duke of Edinburgh

Tribute to HRH The Duke of Edinburgh

The Duke of Edinburgh and Norfolk

It was an immensely sad moment for us all here in Norfolk when word of the death of Prince Philip, Duke of  Edinburgh, reached us on Friday.  Along with so many others, my immediate reaction was one of profound sorrow for Her Majesty The Queen, and for all the members of the Royal Family.  On behalf of the entire county, we offer them our heartfelt and very deepest sympathy.  Her Majesty and the Royal Family have lost a husband, a father, a grandfather and a great grandfather; as a nation we have lost one of the most remarkable figures of the last century.

At some level, the news was not unexpected of course; we knew the Duke was approaching his 100th birthday and had recently spent a month in hospital. Nevertheless, Prince Philip seemed invincible, indestructible, so deeply was his life and that of the nation intertwined.  We, both the country, and the county where the Duke latterly chose to spend so much of his time, are immeasurably and sadly diminished by his death.

It is no secret of course, how much the Duke adored Norfolk.  Wood Farm, on the Sandringham estate, where he and the Queen often stayed when it was just the two of them here, was his chosen home after he retired from public life in 2017.  He will be mourned deeply by everyone who knew, loved and served him within those small and tight-knit village communities, as well as those working on the arable, livestock and fruit farms the Duke cherished so dearly.  As a knowledgeable and passionate countryman, I am told Prince Philip ‘knew almost every blade of grass in Norfolk’.

Many of us across the county will have our own personal recollections of Prince Philip. He was involved with the Norfolk Wildlife Trust, Pensthorpe Conservation Trust, the Norfolk Nelson Museum and was Patron of The Wherry Trust amongst scores of others.  In the past the Duke had competed in carriage driving at the Royal Norfolk Show and never missed an opportunity to talk to the young, whether they be cadets, school children or young people tending their animals in one of the large sheds provided on the show ground.

Like all the senior members of the Royal Family, Prince Philip took his responsibilities towards the Armed Forces very seriously, especially the senior appointments he held personally.  Visiting the Grenadier Guards, of which he was Colonel, on exercise in Thetford Forest a number of years ago, he came across a trench occupied by a very junior officer – my middle son – “Getting on alright down there, are you Bertie?” the Duke enquired.  Is it any wonder Prince Philip’s visits were eagerly anticipated and so warmly welcomed to all the units of the Armed Forces to which he was affiliated?

The Duke will also long be remembered for his annual and familiar attendance, with other members of the Royal Family, at the service in the Sandringham church of St Mary Magdalene on Christmas Day.  And as tributes pour in from around the world, it is there, in that small church, that some of those closest to the Duke will gather.  Not necessarily the ‘great or the good’ but ordinary people from every walk of life, who are proud to have served the Duke in his favourite home; and who will bow their heads in respect, deep affection and great gratitude for this remarkable and most honourable of men.  A true friend of Norfolk, undoubtedly.  And beyond that, a distinguished and dedicated servant of the United Kingdom, the Commonwealth and our World.  We owe His Royal Highness so much and greatly mourn his death.