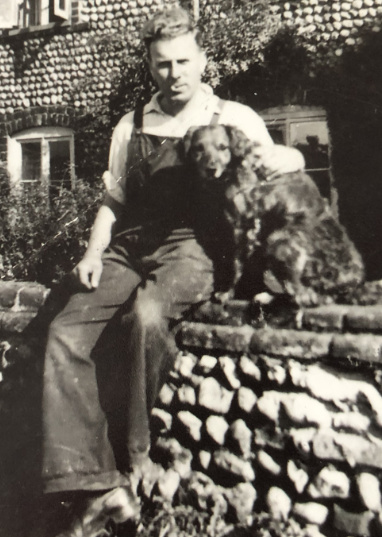 Henry was born on 19th November 1911 and lived man and boy in the village he was born in and worked tirelessly for the good of his family and those around him.

A stalwart of the village, Henry was the driving force behind many of the village projects, including the Knapton Mens Club and he was a member of Knapton Parish Council for 57 years, being Chairman for most of it.

He married his beloved Vera (née Rouse) in St Peter & St Paul’s Church, Knapton on 25th November 1939 and together they brought up their family in their home in Hall Lane, Knapton until Vera passed away on 31st October 2000 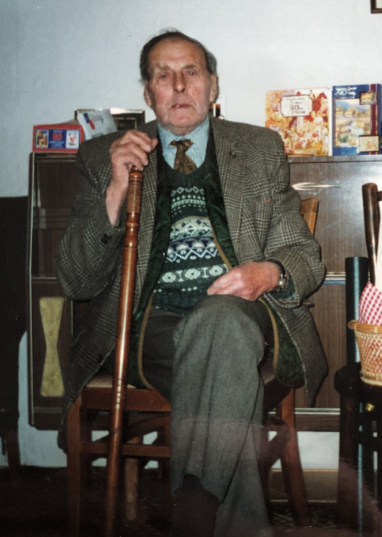 A Lifetime devoted to his family and our village

June Wild, Henry’s daughter, very kindly provided the information for the following item.   We have sightly edited it for layout purposes only.

John Henry Wild, known to everyone as Henry, attended Knapton School in Hall Lane.   Apart from the 1930’s, when work was hard to find locally and he worked in Kent for about 2 years, he lived all his life in the village he was born in.

In 1926 he was taken on as an apprentice carpenter to Mr Small, who also was the village Wheelwright and Undertaker, in The Street, Knapton.

1938 Henry was one of many men who helped to form the Knapton Men’s Club, which met in the Parish Room (today’s Village Hall).   By 1946 it had moved to the Billiard Room in the grounds of Knapton House.  Around this time, Henry was made Secretary of the club, a post he was to hold for many years to come.

During 1941, before going into the Army, he helped to repair bombed buildings and construct RAF Camps.

During World War 2 Henry served with the Royal Artillery and it was during this time, when he was manning guns in Plymouth during the Blitz, he went to a “Morale Boosting” talk given by the Army Bureau of Currant Affairs on Democratic Government which he found interesting.   He never forgot it and in 1948 Henry became a Knapton Parish Councillor, retiring in 2005 after 57 years of service to the village he was born in.

1949 saw the start of the building of the new Working Men’s Club on Hall Lane, between MADRA and School House.   Members, plus friends and family would work evenings and weekends building the Club, as well as fundraising with the help of the village, including fete’s in the ground of Knapton House, Barn Dances at Church Farm etc.  It opened in 1950 and he was one of the three Appointed Trustees, finally closing in 2011.

Henry retired in 1976, having worked as a carpenter for local firms and completing projects around the village which included repairing the Bus shelter, Noticeboard and Village Hall etc. 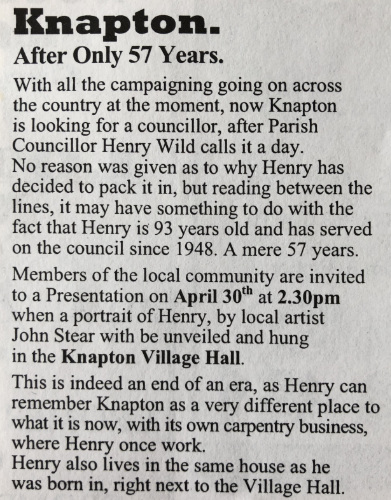 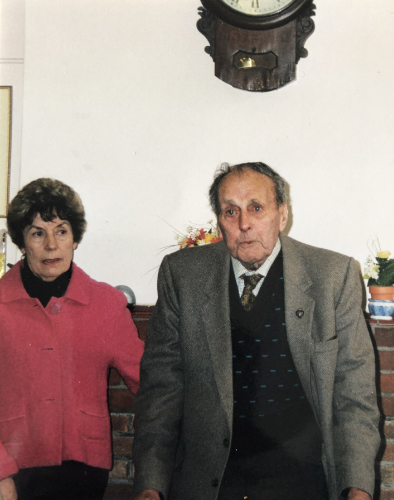 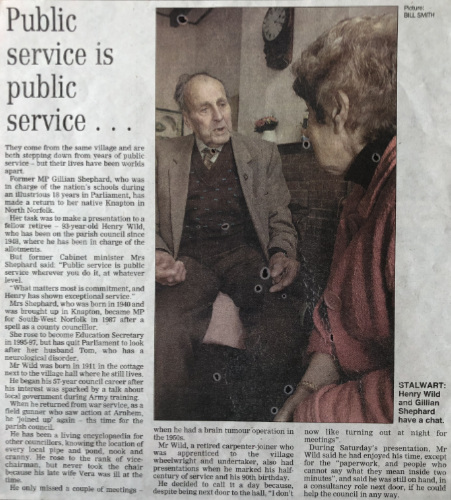 …and passed away later that year

He was buried next to his beloved wife, Vera

in the churchyard of St Peter & St Paul’s, Knapton. 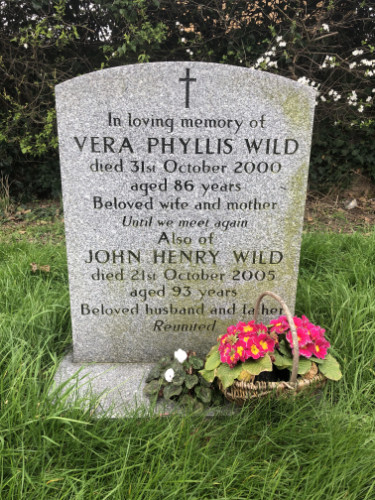