North Walsham was once the junction of five railways, with lines to Norwich, Aylsham, Cromer, Mundesley and Yarmouth. As a result of the commercial competition and a lack of cooperation between the various private railway companies in the late 19th century, the town originally had two railway stations alongside each other, the now vanished North Walsham Town plus the North Walsham Main which remains as North Walsham on today’s Bittern Line. 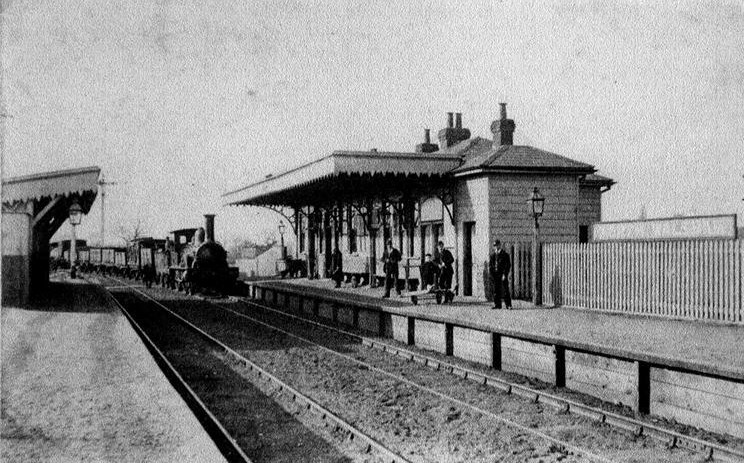 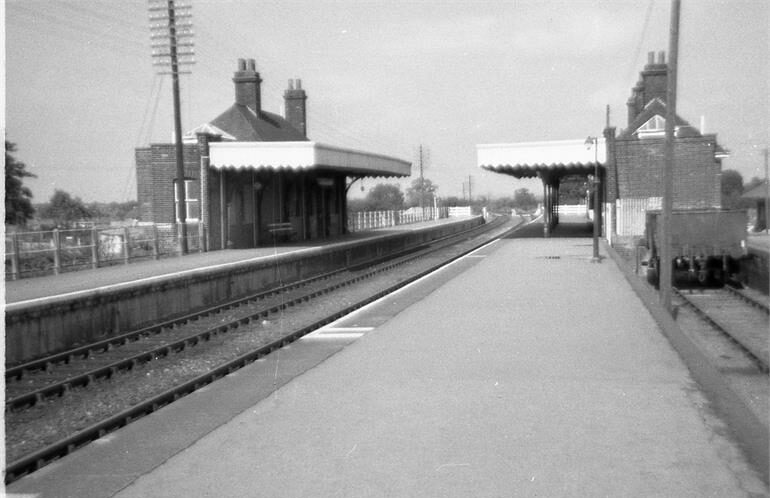 In 2010 the station signs were changed to read “North Walsham, home of Paston College“. 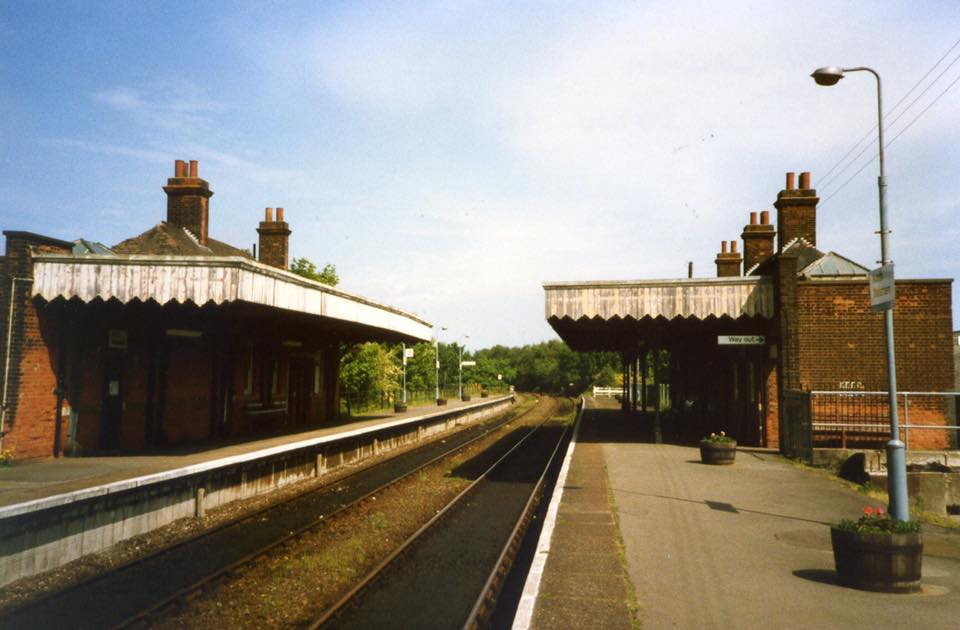 The station is the site of the only passing loop on the route (although trains can also pass in the station at Cromer), which has been worked remotely from Norwich since the line was re-signalled in 2000. The station goods yard, meanwhile, is the last operational freight location on the line; GB Railfreight dispatches regular bulk trainloads of petrochemicals (gas condensate piped in from various offshore North Sea gas fields) from here to Harwich International.

Trains run hourly between Norwich and Sheringham (slightly fewer services on Sundays) which alternate every hour between a stopping service (calling at all stations) and a semi-fast service that only calls at Cromer and Hoveton & Wroxham.

previous station | next station…………
End of the line | Paston & Knapton 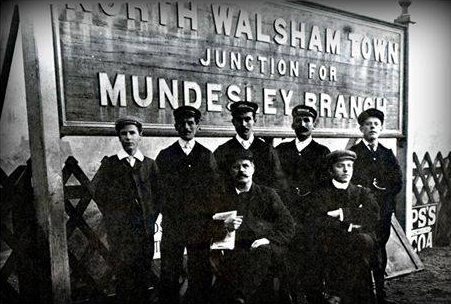 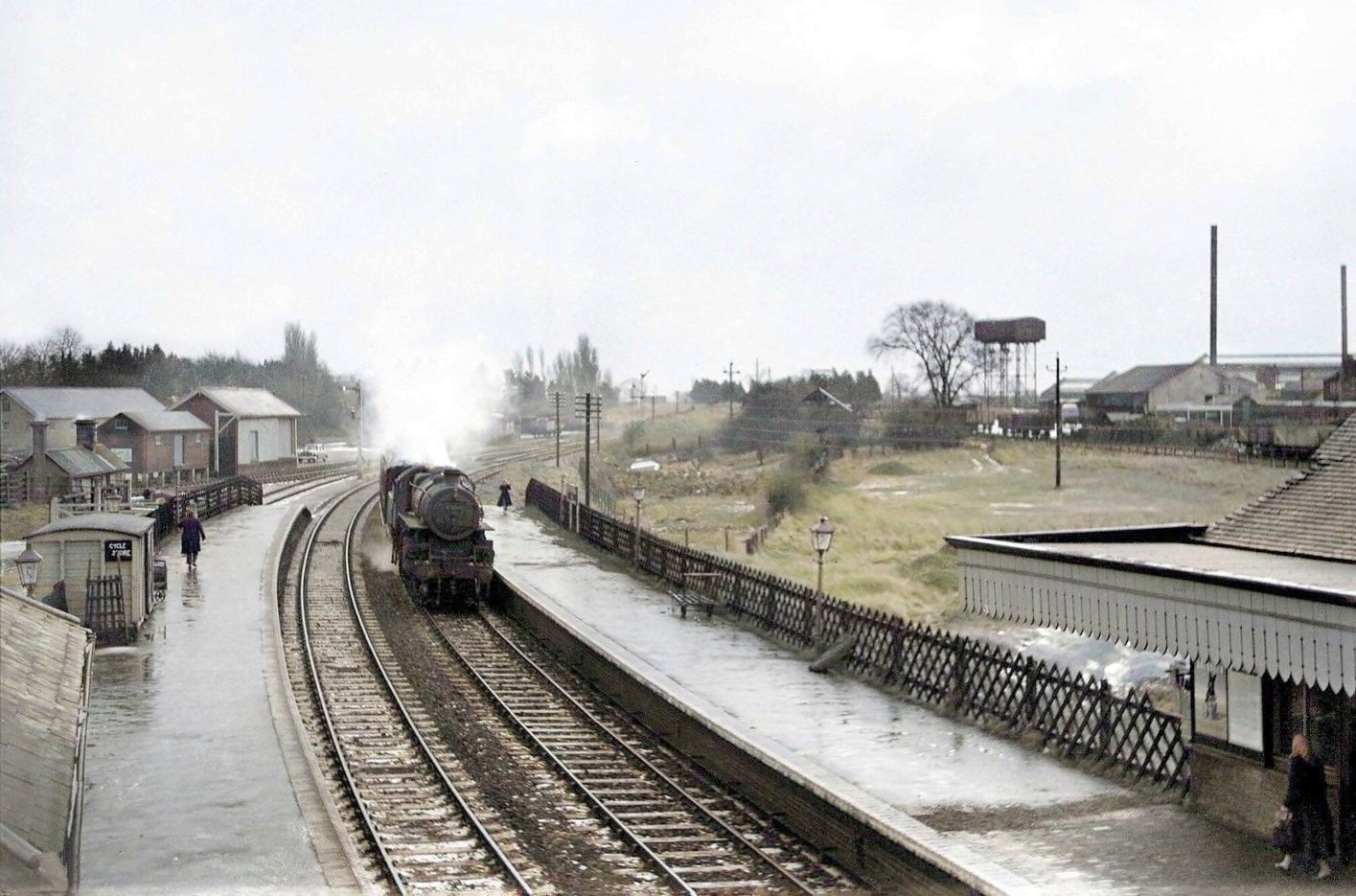 It was renamed North Walsham Town on 27th September 1948

British Railways closed the station to passengers on 28th February 1959 as it was considered to be unprofitable. 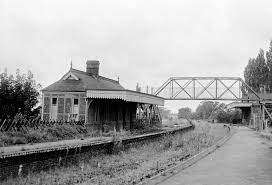 For more information go to the North Walsham Heritage Centre 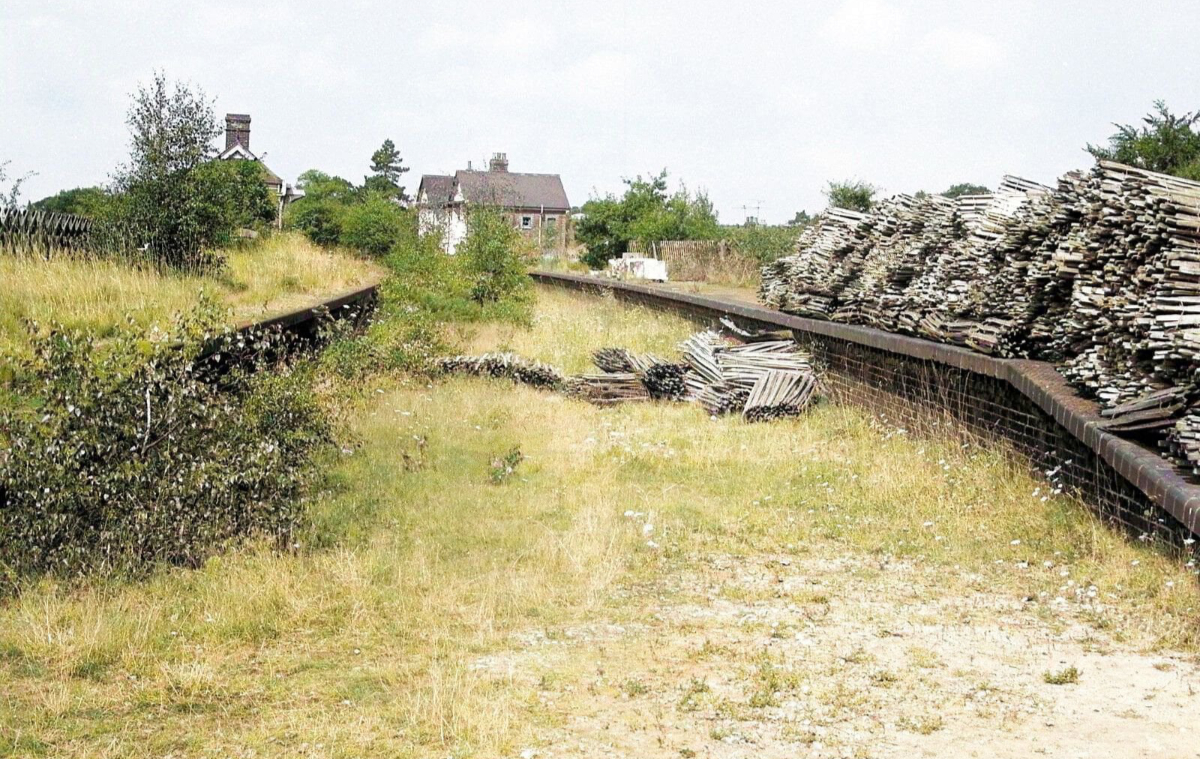 Sadly, nothing remains of the North Walsham Town railway station and the site is now used as a gas condensate rail terminal.

The fabulous Arts and Crafts extravaganza that was Mundesley-on-Sea railway station opened on 1st July 1898.
It had half-timbered gabled pavilions connected by a graceful, balustrade wooden arcade with a steeply-pitched roof which was punctuated by chunky chimney stacks and a slender clock tower with a cupola.   It was opulent and spacious, boasting four platforms, two signal boxes and its very own engine shed with goods yard.

The railway’s expectation was that Mundesley would develop into a major resort and this very fine, substantial railway station was built to impress and cater for the crowds of holiday makers that would surely come.  They were so confident, they even located up to ten Camping Coaches  a year here between 1938 and 1965.

Unfortunately, the reality was somewhat different and the railway’s hopes and expectations never quite materialised.   Passengers numbers started to fall as the Norfolk coast started to lose it’s holiday appeal and revenues generated rarely justified the amount of money the service cost.

The station finally closed for good on 28th December 1964 and was demolished shortly after. 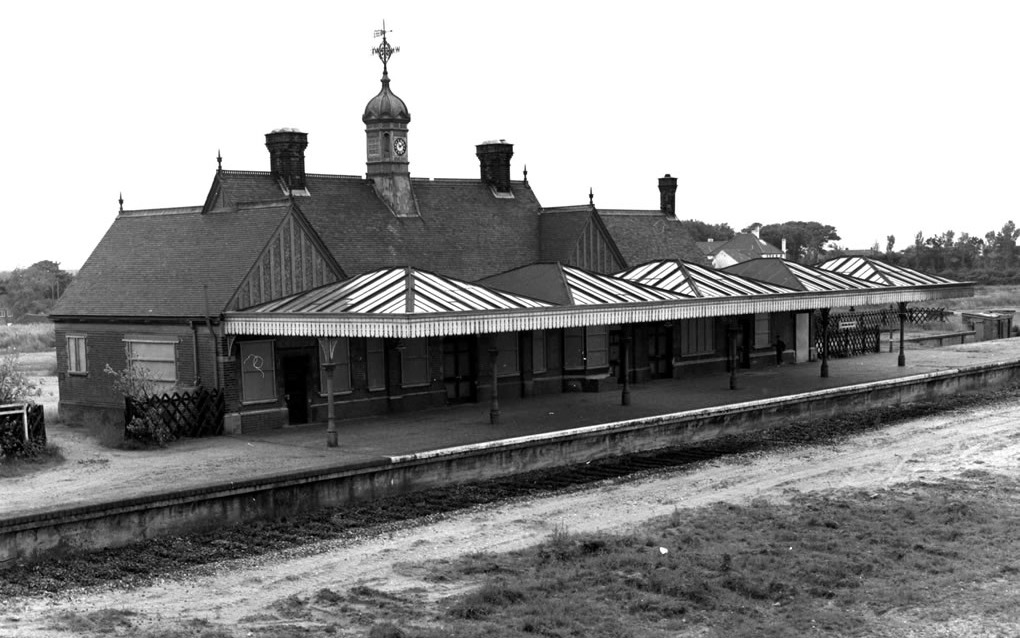 Today, nothing remains of what some people called “the most beautiful railway station in Norfolk“, the site having been redeveloped into a housing estate.

The Last Run (requiem for the Mundesley Line)

The Last Run is a short two page narrative by a writer who simply refers to themself as “mrw“.   Clearly gifted, they paint a picture of what we can only assume was a journey that they had made many times on the coastal line between North Walsham and Mundesley, stopping at Paston & Knapton station along the way.

We don’t know who “mrw” is (or was) but it’s likely that he or she was a regular passenger on the line and, given their obvious local knowledge, probably lived locally at the time.    However what we do know is that the last passenger train service on the line was on 28th December 1964, so given that this typed note was dated 1966 we like to think that one evening, a couple of years after they’d travelled on the line for the last time, they found themselves sat back in their cosy chair in front of a warm fire, their mind drifting back to cherished moments in time as they wrote this piece, recalling familiar scenes, picturesque views and wonderful memories, perhaps tinged with just a hint of sadness…

If you know who mrw is, or was, please let us know because with their permission, we would like to find out if they have any other memories that they’d like to share with us.