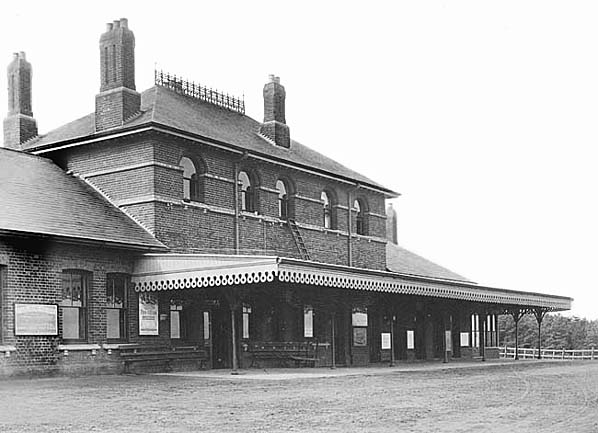 Built by the East Norfolk Railway (ENR), Cromer railway station (as it was initially called) was the first of four stations to be built in Cromer. 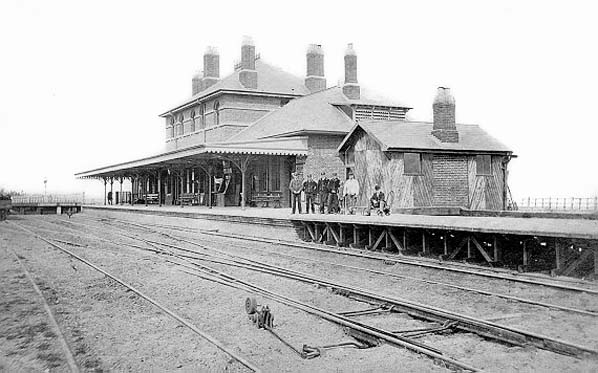 Cromer High station | 1880
initially it only had one platform

A steep escarpment, the Cromer Ridge, prevented the line running all the way into the town, so the station was built in open fields to the south, some distance from the town itself.

It opened on 26th March 1877, serving as the terminus for the GER-managed London-Norwich-Cromer services.

In 1882, when the ENR was incorporated into the GER, the station and the line were all part of the deal. 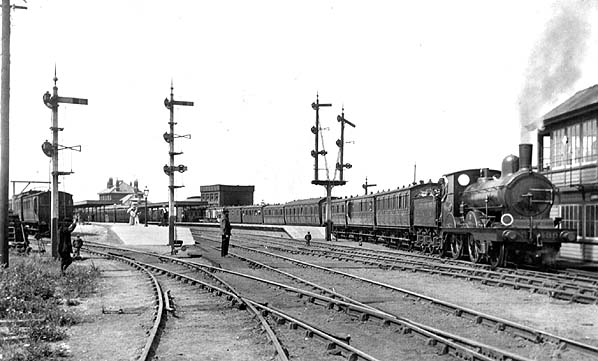 Cromer High station | 1908
by now it had two platforms

It was only when Cromer Beach was opened 10 years later that it started to be referred to unofficially as Cromer High, to distinguish between the two stations, but the ‘High‘ was not formally added until 27 September 1948. 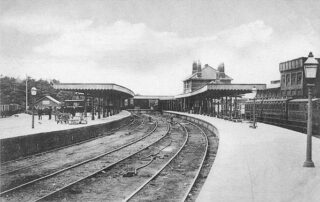 In early 1954 it was announced that all trains would use Cromer Beach station and during the summer, the platform was lengthened and the track layout adjusted accordingly.   On the day after completion, 19th September 1954, Cromer High closed its doors to passengers for the last time, although goods traffic didn’t cease until 1959.

Did you know…
Despite the loss of passenger revenue, the bar attached to the station did not close until 1957

The station remained open as a freight terminus until 7 March 1960, but was then closed completely and the station demolished.

Cromer High was simply inconveniently situated high above and on the outskirts of the town and when the cuts came, it closed as a direct result of the rationalisation.   Despite it having far better facilities than the more central Cromer Beach station down below, Cromer High was simply built in the wrong place. 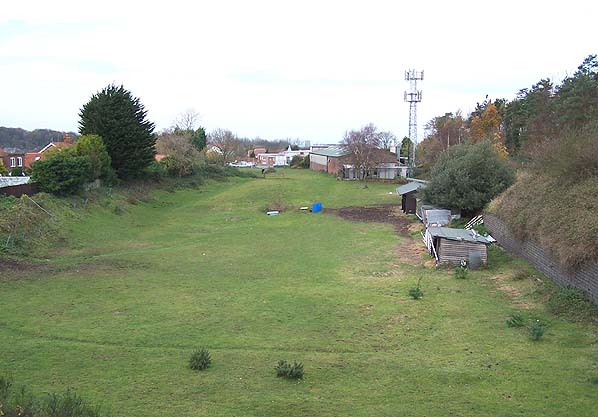 Looking Northwest towards the site of Cromer High
Autumn 2005

Part of the station site has been redeveloped for housing, but much remains undeveloped, although derelict and overgrown.

It began life with a huge advantage over the GER station at Cromer High, because the Midland & Great Northern Joint Railway (M&GNJR) line approached Cromer from the west, following the coastal clifftops, so it avoided the steep escarpment which had prevented the earlier GER line from Norwich running all the way into the town.   Consequently, it became possible to build a far more conveniently located station, near to the town centre and the beach. 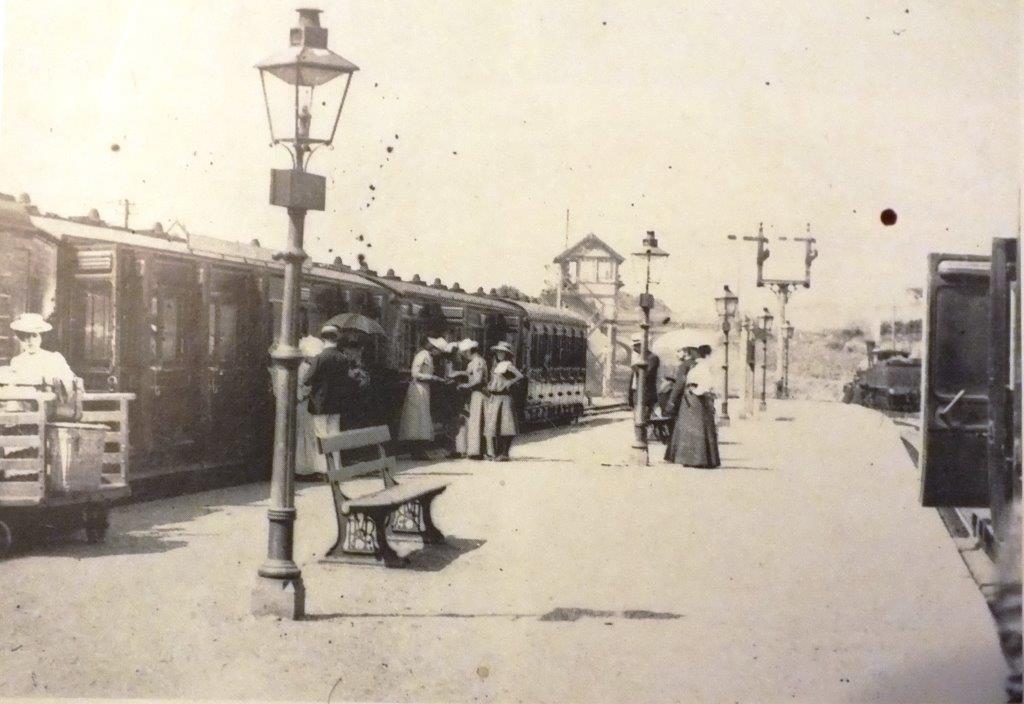 To cater to the heavy leisure traffic at the end of the 19th century, Cromer Beach had a large station building in a half-timbered style, and a large goods yard.

The station originally included a bar but this was closed in 1966.   Following the introduction of conductor-guard working, the ticket facilities were no longer needed and the building fell into disuse. 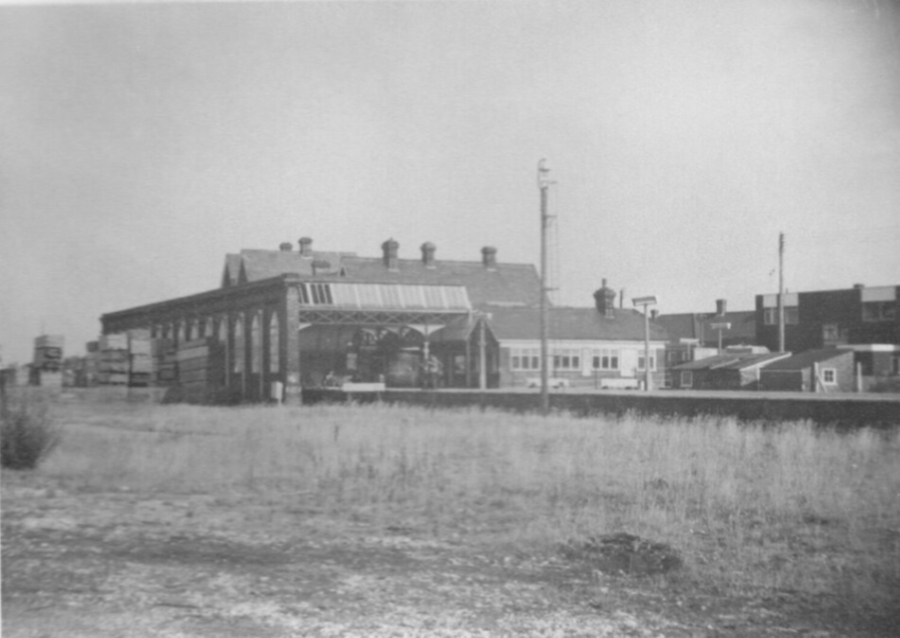 In 1969, as part of the Beeching Report’s rationalisation of goods traffic, goods and coal were no longer handled at Cromer Beach, which was renamed simply Cromer and all the track except the main lines were removed.

Safeways supermarket, which was built on the site of the engine sheds and goods yard, opened in 1992 and taken over by Morrisons in 2008.   The station building was renovated and reopened as the Bouncers Nightclub in 1998.

Leaving Cromer Beach, a short section of the original line remains in use as part of the Bittern Line.

Cromer is one of only two former M&GNJR stations to remain operational on Network Rail, the other being the neighbouring West Runton. 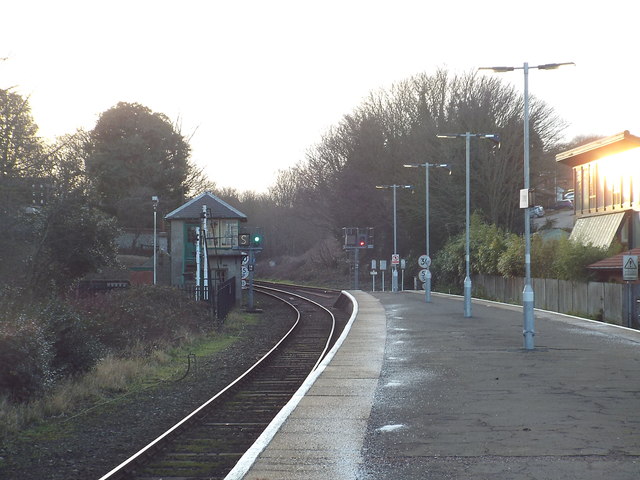 Cromer station | 2017
looking up the platform towards the signal box

Cromer Beach’s signal box was built in 1920 for the Midland and Great Northern Joint Railway.   It was designed by William Marriott, the company engineer, who took a particular interest in concrete as a building material and was built from concrete block and gault brick with a Welsh slate roof.   Cromer signal box is the last box of this type still working out of an original 90, and the largest surviving of Marriott’s concrete structures.

It was refitted with the present 35 lever  in 1954 frame when Cromer High station was closed in the same year and all the traffic transferred to Cromer Beach.

After the Great War, it became fashionable for the wealthier to travel by car.   They took full advantage of their new found freedom to seek out new holiday destinations, thereby deserting established resorts such as Cromer which as a consequence saw its visitor levels drop.

At the same time, Golf courses experienced a huge surge in popularity and on 9th July 1923, Cromer Links Halt railway station was opened as part of a blatant attempt to encourage the golfers to use the line, being deliberately placed to serve the nearby Royal Cromer Golf Club.

Costing £170 to build, the halt was approached from the Northrepps Road via steps which were located in a wood and lead up the embankment on which the railway ran, to the station. 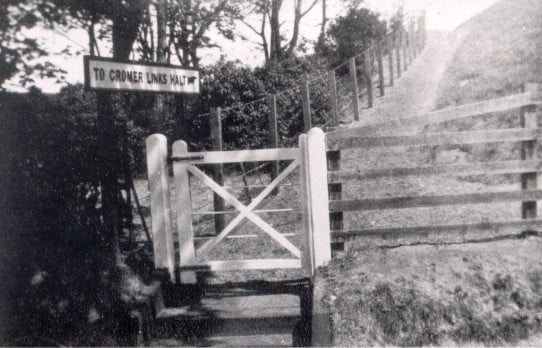 Interestingly, there is no mention of the railway halt in the historical document on the golf club’s website.

The station facilities were very basic, consisting of a single wooden platform that was constructed of railway sleepers and supported by wooden trestles, two wooden benches and a Running in Board together with the obligatory oil lamps.

No shelter was provided for passengers.

Due to its wooden construction, virtually no trace of Cromer Links Halt has survived other than the gate to the approach path up the embankment, the rotting remains of which are entangled in the undergrowth at the site of the station. 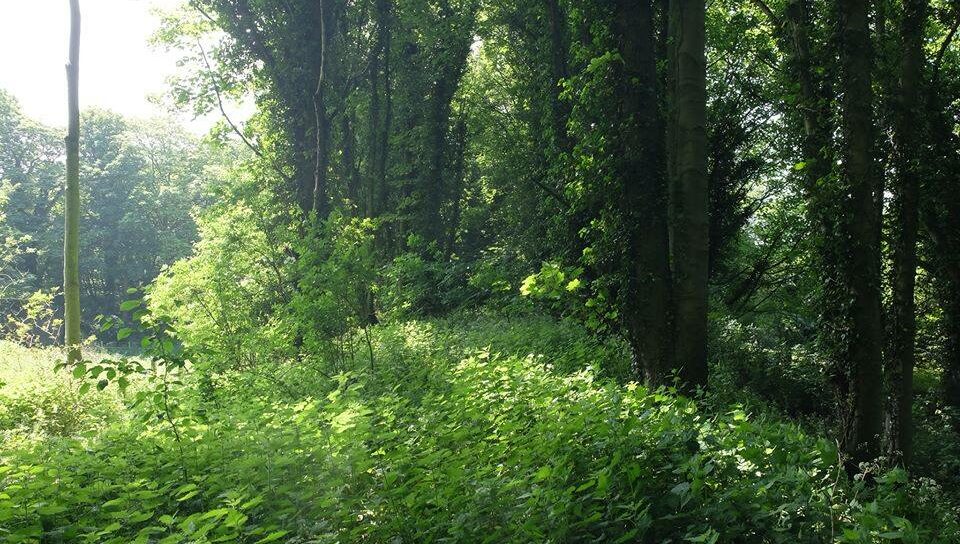 Roughton Road Halt railway station is a modern halt station on the Bittern Line, situated between Gunton and Cromer stations, that was opened by British Rail on 20th May 1985.   Being a halt, it is unstaffed and consists of a single platform. 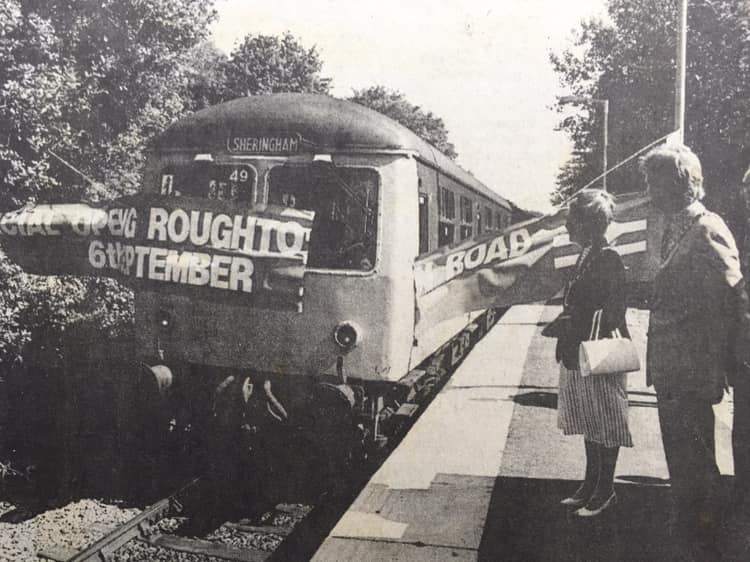 It was built to cater for the increasing numbers of Norwich commuters moving to Cromer and was built on the outskirt of the town.    This is obviously in stark contrast to the fall in passenger numbers that followed Cromer’s decline in popularity as a holiday destination after WW2, which led to the closure of the coastal line between Cromer and Mundesley in April 1953.

Although it’s several miles north of the village of Roughton, it takes its name from the street it’s on, which is approximately half a mile from the site of the now closed Cromer High station (the former terminus of the GER) and is actually on the site of the former junction between the GER and the NSJR at the entrance to the disused Cromer Tunnel.

Today it is managed by Greater Anglia Railway, which also operates all the passenger trains that call.

As of December 2016, the typical off-peak service at Roughton Road is one train every two hours in each direction between Norwich and Sheringham.   In peak hours, service frequency is increased to one train per hour.

Below are the recorded annual footfall figures.