Charles Atkinson was born in Knapton (possibly in Church Farm) on the 1st October 1813, the 3rd child of  Charles Atkinson and Bridget Dew of Swanton House, Swanton Novers.

By all accounts, Charles owned a great deal of land in Knapton. 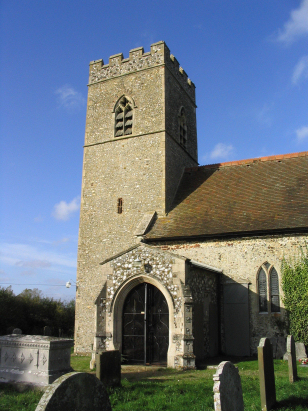 In 1841 Charles was living in Magdelen Street, Thetford at the home of Henry Bailey (a surgeon) and his occupation was given as Attorney.  Ten years later his address was 5 York Place, Clerkenwell, Middlesex, occupation given as Solicitor and he was unmarried.

By 1871 he was living in Swanton House, Denham Road, Swanton Novers and according to the Census, he was a farmer of 417 acres employing 14 men and 7 boys + one laundress.   The Census states that Charles was now married but by 1881 he was a widower.

A major restoration to Swanton Novers church, St Edmund’s, was carried out in 1881, when the North aisle was added and the arcading inside to go with it.   At the same time the South porch was built to take the place of the old North porch which was removed.   The architect then was Edwin Dolby of Abingdon and this work was largely at the expense of Charles Atkinson, whose altar tomb will be seen near the South porch.

According to Kelly’s Directory of 1912;

The Parish Reading Room in Swanton Novers was built in 1888 at the sole expense of the late Charles Atkinson and is now the property of Mr S Dewing.   It is furnished with a bagatelle table and various other games and papers and periodicals.

One can only assume that Samuel and Judith inherited a generous amount of money and property from Charles Atkinson for their long and loyal service.   The Rooms have now been converted into a private house.

Samuel Dewing born in Knapton and baptised there on 12th September 1841.  His mother was Mary Dewing;  no father’s name was given.   In 1851 he was living with his grandparents William & Martha Dewing in Knapton.  When the 1861 Census was taken he was boarding in Edingthorpe.

By the time the 1871 Census was taken Samuel was living in the home of Charles Atkinson in Swanton House (see above).  His occupation was gardener and a Judith Bacon was a housemaid.

In 1881 Samuel was still a gardener but Judith had progressed to being the Housekeeper.  In 1884 Samuel and Judith married but continued working for Charles Atkinson until the latter’s death in 1895. 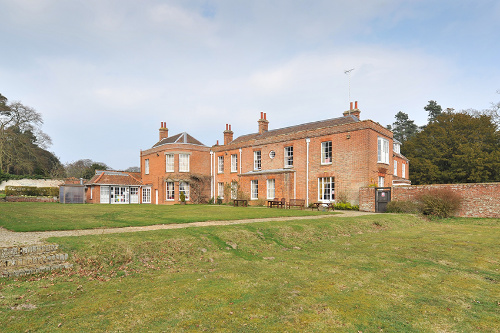 According to the 1901 Census they were living in The Cottage, The Street in Swanton Novers.   Samuel was now retired and they employed a servant.   Judith died  on the 3rd April 1912.  Effects £3,508 17s 5d  (worth approx. £230,00 in 2012).   Probate  Norwich 26th June to Samuel Sewell Dewing, yeoman, James Edward Codling, Manufacturing Clerk and Thomas Woods Purdy, Solicitors.