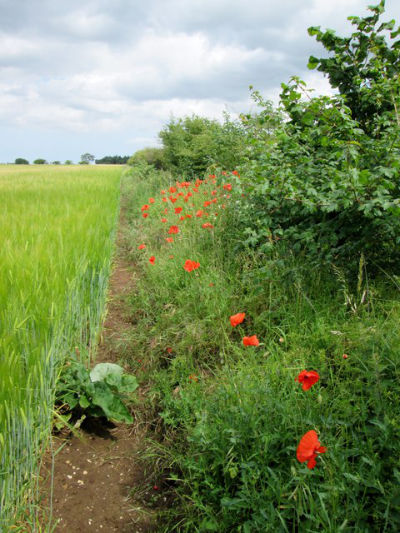 The Parish Council takes looking after the footpaths seriously, with a councillor dedicated to monitoring their maintenance and ensuring that they are safe for everyone to enjoy.

All we ask is that everyone who enjoys our beautiful surroundings does so within the guidelines of the Countryside Code.   By clicking the appropriate button on the right, you can either view the code on-line or download the 4Mb PDF document.

Click on the maps to explore the beautiful walks and footpaths to the north and south of our village, including;

(Trunch – Mundesley Road to Mundesley Footpath No. 25)  Starts from the Trunch – Mundesley Road by a stile at the parish boundary and runs north eastwards past three stiles to grid reference TG 3069 3582 then running with a width of 2 metres in a generally north easterly direction for approximately 70 metres to grid reference TG 3075 3585 where the path meets Mundesley Footpath No. 25 at the parish boundary.

FP9 | Footpath No. 6 to Royston Bridge

FP12 | The Street to Knapton Station 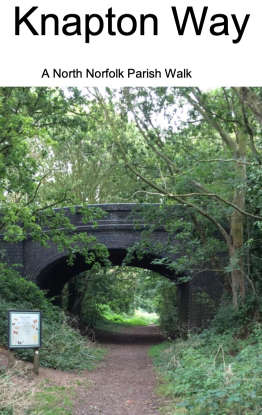 The Knapton Way is a circular walk of approximately 5 miles within the parish boundaries and generally follows public rights of way and “quiet lanes”, minor rural roads.   The directions are based on starting the walk at the car park at the head of the Knapton Cutting in Hall Lane.   This first section of around 1000m is also known to locals as The Butterfly Walk, see below.

Also remember that certain sections are occasionally muddy and overgrown so suitable clothing and footwear is recommended.

Find out more about the Small-Flowered Catchfly

The Knapton Cutting Butterfly Nature Reserve, known locally as the Butterfly Walk, follows the picturesque path of the old railway track from North Walsham to Mundesley which was closed in 1964.   It’s now a public walkway and forms part of both the Knapton Way and the Paston Way footpaths.

The butterfly reserve (the first section you enter, down the steps from the car park) is full of of wild flowers, scrub and undisturbed grassy banks, which make it an ideal habitat for butterflies with nineteen different species having been recorded.

There’s a diversity of flowering species such as black knapweed, yarrow, sheep’s sorrel, primrose, oxeye daisy and hoary cinquefoil.   There is also the Small-Flowered Catchfly, which is classified as endangered in the United Kingdom.  You can click the button on the left to learn more.

Further along, the main body of the railway cutting is dominated by young oak woodland and the old railway bed supports primroses, wood avens, herb Robert and lords-and-ladies.

Along the cutting, which continues over the Dilham canal, there are also areas on each side of deciduous and wet woodland. Here you can find tree species such aspen, birch, hazel, sycamore, holly and in places mature oak and alder. Woodland to the east is bordered by Pigney’s Wood community woodland. 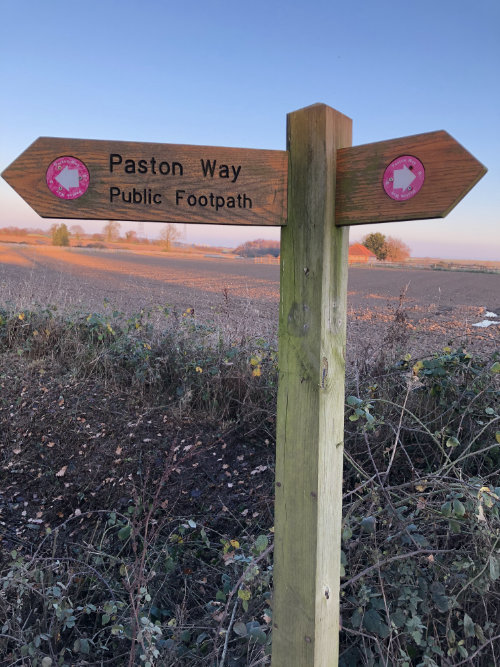 The Paston Way is a twenty two mile trail with Cromer at its northwestern end, where it links with The Norfolk Coast Path and Weaver’s Way, and North Walsham at it south eastern end where it again joins with Weaver’s Way.   Walkers discover the area’s beautiful medieval churches, each one with its own hidden history including one which was even moved brick by brick from a cliff top to save it from the sea.

The route makes use of footpaths, bridleways, beaches, a disused railway line, quiet lanes and some minor roads.

En-route from Edingthorpe, it stops to pay special attention to Knapton’s St Peter & St Pauls church, before winding its way to Paston and then joining the Norfolk Coastal Path at Bacton heading for Cromer.

The path takes its name from the Paston Family, made famous by the “Paston Letters” 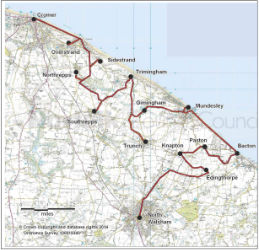 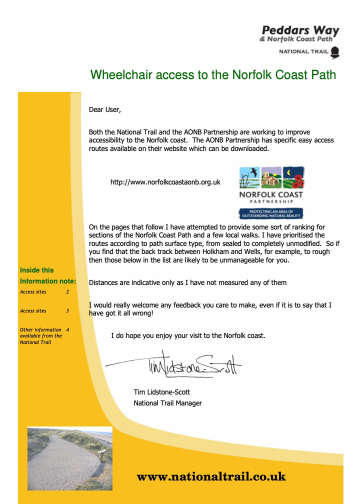 The Norfolk Coast Path runs for 84 miles from Hunstanton in west Norfolk round to Sea Palling on the north east Norfolk coast with much of this walking trail running through the dramatic landscape of the Norfolk Coast Area of Outstanding Natural Beauty.   Through seaside towns and villages, tidal marshes teeming with wildlife, wide sandy beaches, pine woodlands and huge skies. 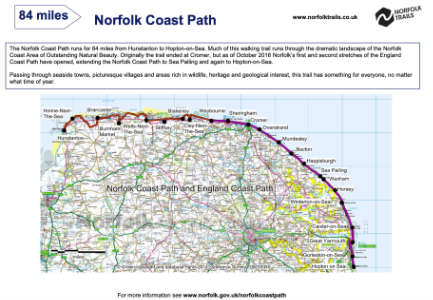 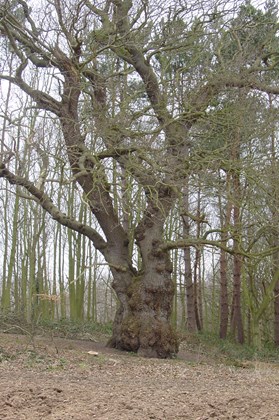 This beautiful site is actually within the Parish of Knapton.
The 23.5 hectares (58 acres) of land at Pigneys Wood was purchased in 1993 by the North Norfolk Community Woodland Trust (NNCWT, a community based conservation charity) and it has been managed by them for the past 24 years. NNCWT successfully reverted the site from arable land to woodland by planting over 20,000 trees of 40 different species during this time as well as restoring important wetland areas and improving the access and interpretation of the site for local people by providing guided trails.

The site has a number of special wildlife features including an impressive 450-year-old ancient oak tree ‘The Old Oak’ which is next to a small woodland area which boasts a carpet of bluebells in spring.

Pigneys Wood provides an important wildlife refuge for many birds such as the goldcrest, nuthatch, Cetti’s Warbler; insects such as red admiral, peacock and holly blue butterflies; dragonflies such as the emperor, migrant hawker, blacktailed skimmer and Norfolk hawker, and mammals such as otter, water vole and badger. Occasionally rarer visitors have been recorded such as a Camberwell beauty butterfly in November 2011 and a bittern in March 2013.

In September 2017, Pigneys Wood was entrusted to Norfolk Wildlife Trust to continue the conservation management of this wildlife-rich nature reserve. NWT aims to build on NNCWT’s work by further enhancing the range of habitats present as well as improving the visitor experience to encourage more people to enjoy the wildlife on this special site.

Other features at the site include a renovated barn, reed beds, and information boards on wild flowers, butterflies, trees and birds. There is provision for wheelchair access and a number of areas where you can simply sit and enjoy the view or, if you wish, have a picnic with the family.