Looking back at the history of our village

The origins of the settlement at Knapton are unknown but we know that people have lived in what we now call Knapton for at least 1000 years.

Kanapatone is mentioned in the Domesday Book of 1086 where it was valued at 60 Shillings.
How much do you think that would have been worth today? 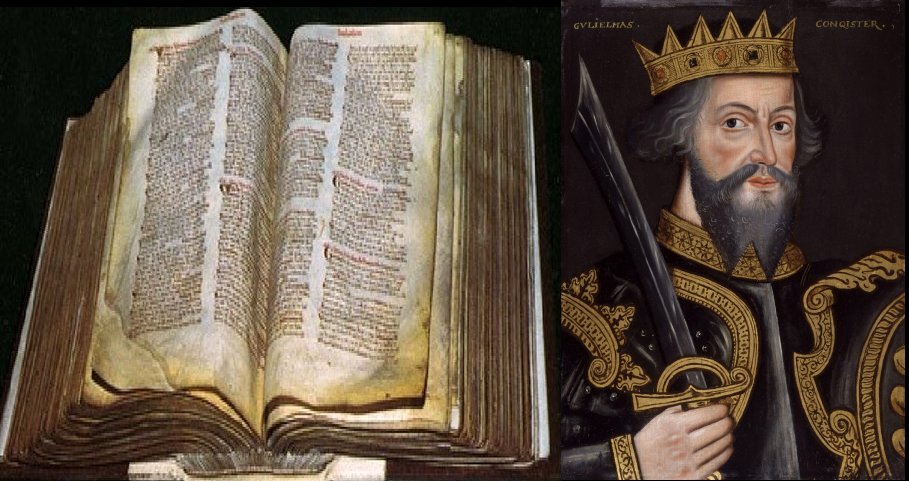 We look back and explore some of the rich history of our village
Together with our very own historian, we paint a picture of what life was like in our village, with photos from our archive and interviews with villagers who remember days gone by to get an insight into what makes our village so special today.

How did Knapton get it’s name…

The name of the Parish has long been the subject of many theories, but it is generally believed that it is of Anglo-Saxon origin and probably dates from the period of the Dane’s invasion, when they opted to settle in Norfolk, rather than just being regular visitors.

Walter Rye put forward a theory that several Norfolk village names reflected names in Scandinavia and in his History of Norfolk, published in 1885, he connected Knapton with Knappen in Eastern Denmark.

Recent scholarship suggests it derives from two pre 7th Century Old English words, cnapa which meant boy or servant, and tun, which meant farm, enclosure or settlement.   It’s possible that cnapa may also have been used as a personal name, so it’s likely that our village name originally meant Cnapa’s settlement or farm.

The parish has a long history and was certainly well established by the time of the Norman Conquest, when Knapatone was valued at 20 shillings, which was increased to 60 shillings in the seminal Domesday Book of 1086, perhaps due in part to the greater accuracy and thoroughness of that survey.

In his Portrait of Norfolk, David Yaxley notes that the village boundary with Paston…

… has hedges that date only from the 15th or 16th centuries, although the boundary itself goes back to before the Conquest

For a detailed look at our parish’s ancient history, which dates back to the Neolithic Period, we suggest that you visit the Norfolk Heritage Explorer website and start with the Knapton Parish Summary.

This site provides access to an abridged version of the Norfolk Historic Environment Record database online.
The Norfolk HER is the definitive database of the county’s archaeological sites and historic buildings and contains over 60,000 records describing the archaeology of Norfolk from the earliest evidence for human occupation from 750,000 BC right up to the present day.

It goes into great detail about the finds and discoveries that have been made within our parish and recommends further specific reading about them.

Looking back at our village…

so you think you know your village... let's find out

do you know your village

look at the old photos, try and work out where they were taken, then see if you’re right

what life was really like, back in the day

read on (UNDER CONSTRUCTION)

Find out how our Ring of 5

became a ring of 6

our resident historian's guide to the history of our village

Dive into our past

with a wealth of information, pictures and maps, join our historian on a trip back in time

let’s go back… (UNDER CONSTRUCTION)

Things were different in 1845 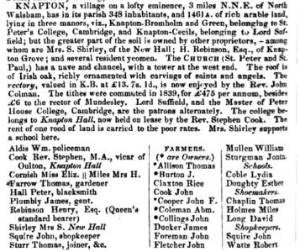 for a start, we had a shop…

The village was on a lofty eminence, covered an area of 1461 acres and had 348 inhabitants

We think they meant residents…
And we had our own Policeman, called Aldis.

then came the Telegraph Road…

We’ve lost our Policeman, but gained a Station Master, a School Mistress, a Grocer, a blacksmith and a cattle dealer…

See how things used to be

If you have old photos of the village that you would like to share, please do let us know

lets see the photos (UNDER CONSTRUCTION)

in 2018, prior to the building of the Wilds Way development on what used to be known as the Millenium Field, Victory Housing commissioned an Archaeological Survey of the site to ensure that they weren’t desecrating a site of historical significance.

…archaeological remains across the eastern half of the site … define a truncated late Saxon and early medieval settlement phase with evidence of pits, postholes and ditches